So most people don’t sit around their camp fire telling anything but scary stories.  Many people enjoy the thrill of scaring or being scared.   The light of a dancing fire and the ominous darkness beyond the fires reach adds to the mystery.  Rarely, if ever, do you ever here anyone telling a positive story in this scenario.

I’ve actually never understood this odd fact of how only evil and scary stories get handed down.  As my career seems to take twists and turns, occasionally I’m called upon to investigate things of the paranormal.  As most of my paranormal counter parts and followers have heard me say, my simple belief on the paranormal is that the majority of what we call “ghostly” behavior is actually placed into three categories:  demonic, angelic or the spiritually unexplained.  Does that mean I deny the presence of ghosts or spirits?  Absolutely not.  This subject matter can hardly be truly explained by anyone and is understood by even less.  Is there plausible explanation into the presence of ghosts and spirits?  Absolutely. No one can confirm or deny something we can’t possibly comprehend.

On with the reason for this blog.  So hopefully by now you know that I’m a pretty level headed guy.   I conduct my investigations by the simple code of “there are two sides to every coin”.  Sometimes, very rarely, there are things that can’t be explained.  Things that sometimes you keep to yourself and sometimes when you have a platform like I do you tell the story.

I want to present the following photo to you.  This is a very secluded lake that took some creative four wheel driving to get down too.  I will also tell you that this lake is on ancient native land and I saw no other vehicles or people.   There is no roadways on the opposite side of the lake and the only other roadway is a paved road about half a mile from the lake that dead ends into another lake miles above this lake.  The lake is much longer then wider and I am camped near the far east side.  A walk around east and north sides of the lake revealed very little signs of humans and on top of that very little signs of any wildlife.  It’s possible due to the smokey skies that the birds were all hunkered down also but I don’t recall seeing any.

Now that the ground work has been laid, let me tell you my quick story:

A couple hours into darkness, I was hunkered down in my tent, since I couldn’t have a camp fire. My eyes were asleep but my mind was still cognizant to the sounds around me. In this case the absolute lack of sounds.  My mind slowly was drifting into slumber but still trying to discern this lack of sounds in this protected location.

I became acutely aware of a noise far to the east of me.  It sounded like music but was too far for me to discern the distance. The noise was getting gradually closer but seemed to remain up on the roadside, roughly half a mile away.  As the noise got closer it appeared to be traveling the roadway after coming off the mountain side from the north.   It was definitely a musical noise, almost familiar, but not enough for me to sit up and wonder what it was.  As the noise got close to what I believed was the roadway it began to travel northwest on the road that leads to the lake above my location.  The problem for my mind is the sound appeared to be traveling the roadway but doing so well above the tree line.

My eyes remained closed in the darkness of my tent but I noticed my heart had quickened.  I began to recognize the note being played but I couldn’t put a finger on the tune.  As the noise traveled further from my location my heart began to relax but my ears continued to follow.  This was truly the only noise being heard in this lake valley and it was almost deafening against the silence of the lake.

I could feel the noise make an arc along the shore line of the far side of the lake and continued around the opposite side of the lake.  Knowing there were no road ways over there I sat up to listen more intently.

The instrument of origin could not be discerned by my limited music knowledge.  It sounded like a wooden, carved or dug out instrument very much like a banjo but also sounded flute like. Regardless of what it was, it sounded like it was literally gliding across the tree line of the opposing shore.  As it got closer to me, on the other side of the lake, I noticed it seemed to be slowing down.

You can imagine that at this point my mind is spinning.  I am trying to identify what I am hearing, where it could possibly be, and where it was going.  I followed the sound in my mind and imagined a plausible explanation.  I through my boots on and unzipped my tent.  I stood in the blackness of the night and listened as the ancient sound moved away from me to the southwest and appeared to be fading as it seemed to crest the foothill.

Regaining my position in my comfy sleeping bag, I laid with my eyes open in the darkness.  The musical instrument returned, seemingly gliding over the trees and back down to the shore line.  It carried along my shore line but seemed to be losing volume even as I could sense it getting closer to my tent.

It then pulled back toward the east as I exited the tent again but could see nothing in the darkness. I could sense something was there, even as the notes began drifting away.  Never did I feel in danger, never did I draw my side arm or consider my twelve gauge that laid next to my sleeping bag.  I felt truly at peace.

While I could still hear the notes being played they seemed to hover about ten feet off the ground and a hundred yard to my east.  Whatever it was, it meant me no harm.  I returned to my bed and listened to the instrument being played.  At this moment I realized the instrument almost sounded like a young woman’s angelic voice singing a soft medley.

My heart should have skipped a beat as it approached the blindside of my tent but I was in total peace.  The melodic sound circled my encampment twice, each time hovering slightly off the ground, several feet, when it reached the tents blindside.

I closed my eyes.

The melodic sound seemed to increase in volume but my mind might have just became more in tune.  Whatever it was cut across the lake, which changed the sound pitch even more angelic.  It crossed the lake in a laboring slow fashion.  Once it hit the shore line on the far side it climbed above the tree lines and disappeared briefly.  The melodic element  came barreling off the tree line and back onto the lake.   This time hovering in the center of the lake playing or singing or whatever it was doing.

My eyes were so heavy…

The sleep I got that night was unlike any I have experienced in the wild.  Normally sounds and the protective nature of self keeps me awake at some level.  The sleeping with one eye open syndrome if you will.

I have no explanation.  Sure it could have been a bird.  Plausibly there are probably a lot of explanations.

One thing I can’t deny is as I walked the lake that morning, there had been a very large bear.  Tracks seemed to walk an invisible line around my encampment.  The same path I had imagined this spirit tracing in my mind as I laid listening to her sirens lullaby…

Whatever it was I have no doubt it protected me…

Thank you for following along my blog!  Be on the look out for JourneywithJax.com coming soon! 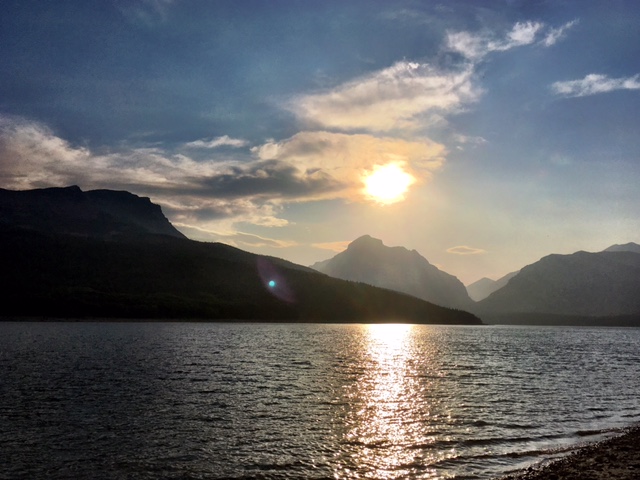 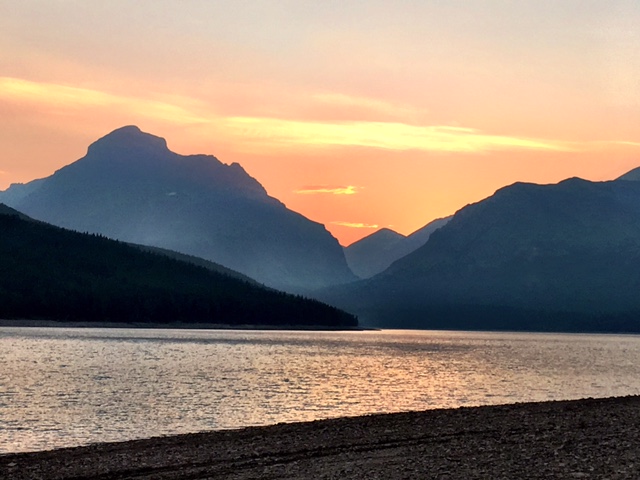